At BVI Machining in Katy, Texas, just west of Houston, the Kallergis brothers– Nick, Mario, and Kostas – carry on a machining legacy that reaches back decades. 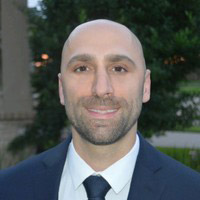 “Without ESPRIT, we would not be able to machine our products due to the complexity of the curvature,” says Mario.

At BVI Machining in Katy, Texas, just west of Houston, the Kallergis brothers– Nick, Mario, and Kostas – carry on a machining legacy that reaches back decades. “We were pretty much raised in my father’s machine shop that he started in 1974 with all manual machines,” says Mario. The shop stayed manual until 2005 when Mario, fresh out of the University of Houston with a computer science degree, came in as CFO and started a push to automation with the purchase of their first CNC machine.

In 2009 came a serendipitous introduction of ESPRIT to BVI, when a client recommended the CAM system to help facilitate collaboration. It soon became apparent that ESPRIT was the right choice for BVI, not only for that client, but also to support a growing suite of BVI’s own products.

Like a lot of other industry on the Gulf coast, BVI has roots in the oil and gas industry, having started out making valves and blowout preventers. Lately, though, in addition to job shop work for clients, the brothers have focused more on 6061-T6 aluminum automotive and marine parts, shaped from billet on a Mazak Integrex E1550 VII with the help of Mazatrol and ESPRIT. Their current product line includes some unique products, such as billet crossbars for the C8 Corvette and a front half for Mercury 2.5L outboard motors, both of which are the only products of their kind in the world being made today. BVI also makes their X1 cylinder head for small block Ford engines, two of which currently feed major boost pressure to eight hungry cylinders in Chris “Boosted GT” Hamilton’s yellow Mustang, as seen on the Discovery Channel show Street Outlaws.

Having forged their path by land and sea over the years, BVI have begun to set their sights higher: Houston’s flourishing space exploration industry. Companies setting up shop at Houston’s new spaceport are driving increasing demand for machining services, and the Kallergis brothers are keen to be on the leading edge of the boom. “We see more space companies joining the Houston business community soon,” says Mario.

Whether the final product ends up on the road, at sea, or in orbit, when it comes to handling the day-to-day challenges of running a modern machine shop, ESPRIT and BVI have a solid partnership. “Without ESPRIT, we would not be able to machine our products due to the complexity of the curvature,” says Mario. “I use, and like, ESPRIT’s freeform and molding machine cycles. They help me remove material for rough machining and provide me with a variety of finish mold cycles to choose from so my part can have an amazing finish.”

BVI was also the first shop in the Houston area to use ESPRIT’s 5-axis porting cycles. When it comes to support for these complex operations, Mario has high praise for the support he receives from Mazak, his ESPRIT reseller Shape Design Technologies, and from ESPRIT itself. “Mazak has a facility nearby; they’ve partnered up with ESPRIT pretty well to create great, proven-out posts, so that’s a huge benefit,” he says. “ESPRIT has a great team and support that will help them grow their business while keeping customer loyalty!”

Talking to Mario, it quickly becomes apparent that BVI has that sort of symphonic combination of talent and tools that one tends to find in the most successful of small shops: know-how, like that of the Kallergis brothers, each a savvy machinist, programmer, and designer in his own right, multitasking workhorse machines like BVI’s Mazak, and the choreography of a world-class CAM system like ESPRIT.

“ESPRIT provides us with amazing software technology so that we can continue our mission of applying technology-driven manufacturing in our business,” says Mario. “The future of our company looks great.”