In choosing ESPRIT to write programs for its CNC grinders and wire EDM machines, MCC Tooling found a CAM system so user friendly that the owner’s young grandchildren sometimes use it. 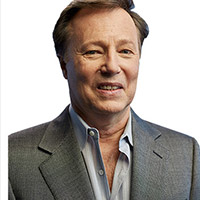 With ESPRIT, after we program a job, we can produce the code and see exactly how long a job will take to run.

MCC Tooling makes and resharpens custom cutting tools, step drills, form tools, and dovetail cutters in quantities ranging from one-of-a-kind to as many as 100 pieces, for customers in the oil, airline, and medical industries. Marcus Alexander founded MCC Tooling in 1984 in Garland, Texas, a suburb of Dallas, with leased space and a single grinder. It has since grown into a ten-person business with a variety of machines: a Mitsubishi MV1200-R wire EDM with B-axis, a Walter Helitronic Vision CNC grinder, a Walter Power CNC grinder, a Walter Mini CNC, a TRU TECH grinder, 10 K.O. Lee grinders, a Harig surface grinder, a Gallmeyer surface grinder, and a Cincinnati #2 centerless grinder. The company works with metals including carbide, stainless steel, and high-speed steel.

MCC Tooling began using ESPRIT in 1999 when it purchased its first wire EDM machine, a Mitsubishi FX 10. “After hours of extensive research and vetting different programs and software, we felt ESPRIT would fit our needs and our price range perfectly,” Marcus says. “ESPRIT is user-friendly, works seamlessly with our machines, and it integrates well with SolidWorks. It’s so easy that my grandchildren have come here and programmed their own things for us to cut out for them.”

In 2013, ESPRIT helped the shop move to a Mitsubishi MV1200-R with B-axis, which Marcus purchased because it could hold closer tolerances. Initially unfamiliar with the ins and outs of programming it, MCC machinists resorted at first to trial and error. ESPRIT enabled them to get up to speed quickly with the machine. “One thing that helped us was being able to see the heads moving on the simulation in ESPRIT before running it on the EDM. This ensures we don’t waste time running an incorrect part and saves us money by not scrapping parts.”

The B-axis, an MMK Matsumoto, changed MCC’s world, making indexing from tooth to tooth far more accurate. MCC cuts a lot of multiple flute form cutters. Before the B-axis, making these parts took the shop several operations on different machines and a longer setup time on the EDM. Now, it takes less than two minutes to set up the B-axis, and using ESPRIT, MCC can program tools in only four additional steps. “We can mount the tool in B-axis and walk away knowing that we’ll get the perfect tool every time,” Marcus says. “Also, with ESPRIT, we can check all the clearance and rake angles on tools to make sure they will work well and that the dimensions are correct.” 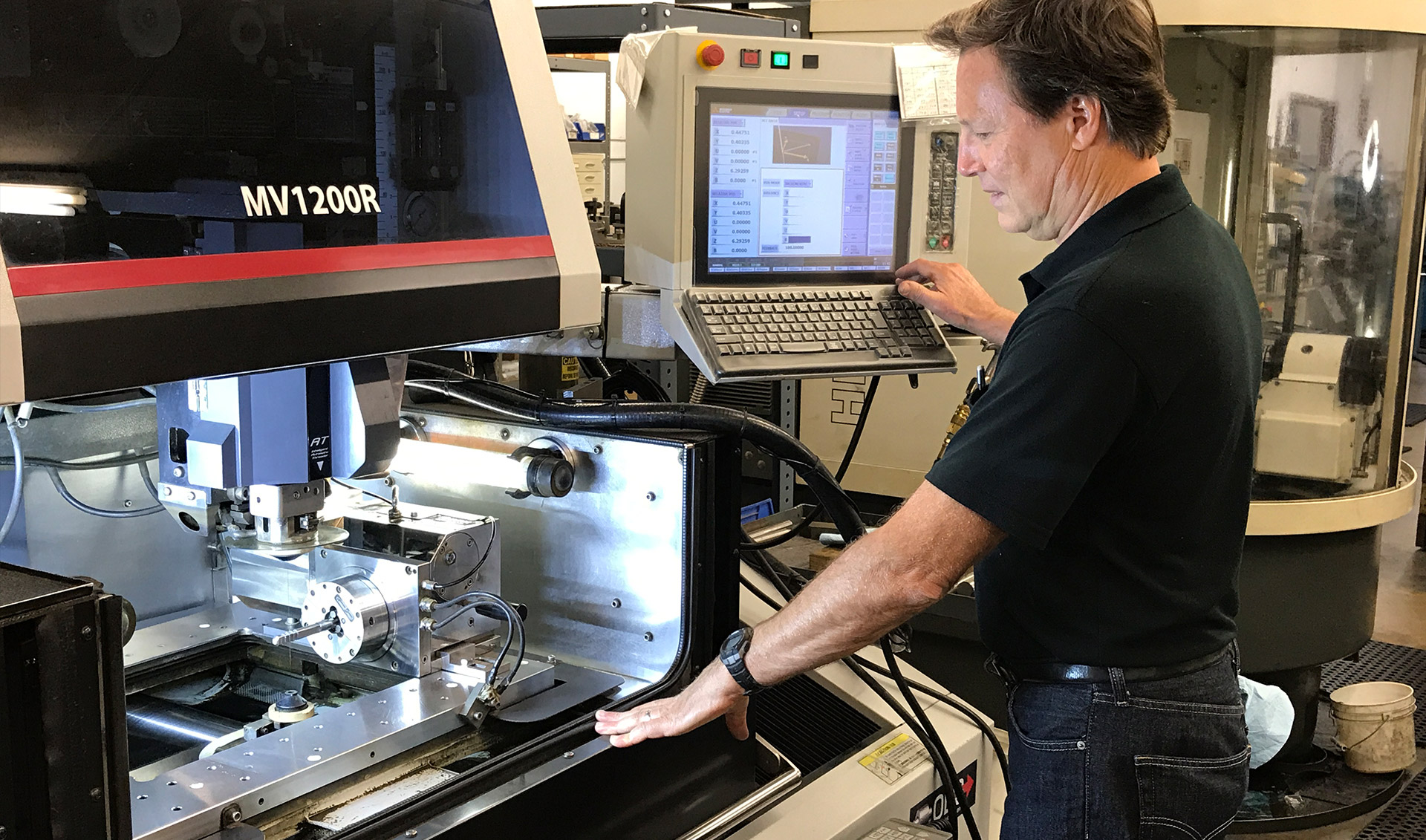 With more companies competing for projects, MCC must ensure that it provides precise job quotes quickly. “We have to know how long something will take to run in order to accurately quote a job, and we have to accurately quote a job so we don’t lose money or time while running the machine,” Marcus says. “With ESPRIT, after we program a job, we can produce the code and see exactly how long a job will take to run.” Marcus can draw up a print in minutes, send it to the customer and, if approved, have it running on the EDM that same day. “Customers think I’m the greatest because I can move from quote to job to finished product so quickly,” he jokes.

Occasionally, customers come in without prints or with a tool that’s so badly worn it’s almost impossible to correctly measure. Once they have an inkling of how to proceed, Marcus and his team find it easy to draw up the tool in ESPRIT and figure out the other dimensions. ESPRIT also allows MCC to more easily double-check customer measurements.

MCC was recently commissioned to make a double-ended tooling insert for a customer, and Marcus was able to use ESPRIT to draw the insert to the customer’s exact specifications and turn it into EDM code within seconds. He then used ESPRIT to draw a fixture that would hold a carbide blank on a CNC grinder. The job was tricky, though; the fixture had to be made so that the blank would locate in exactly the same spot on the grinders every time. Marcus then designed a second fixture to hold the insert while he cut the form on the EDM. The process was originally supposed to take four operations, but Marcus reduced it to two using a four-axis program. Best of all, this method resulted in the ability to machine the insert, in the same manner, every time — Marcus can simply insert a carbide blank and go. The customer, which had searched unsuccessfully for a machine shop that could make the insert properly, was so pleased with the outcome that it now orders around 50 tools a month from MCC Tooling. 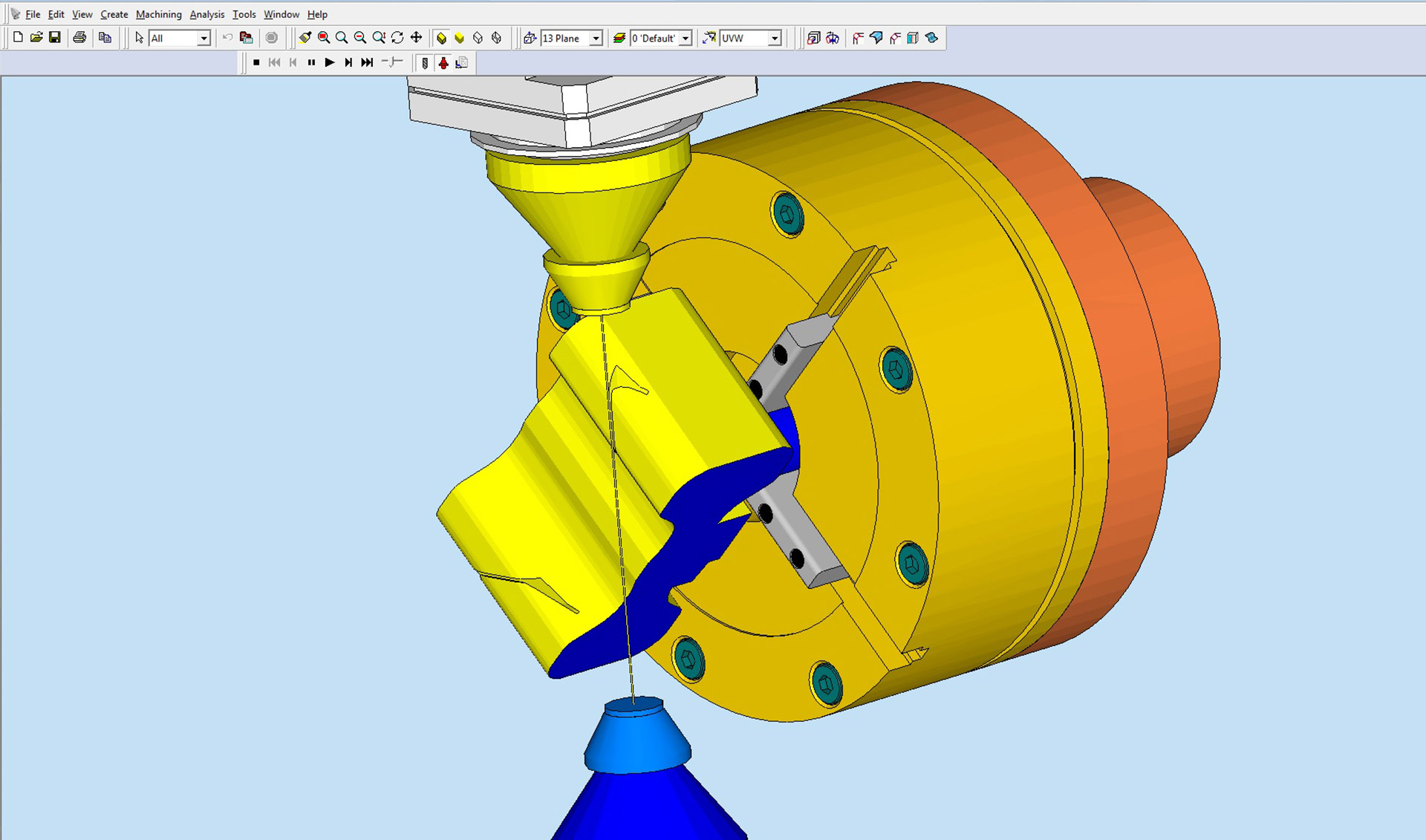 These days, Marcus spends most of his time quoting jobs, so being able to cut down on programming and machining time with ESPRIT is beneficial, allowing him to spend more time completing other tasks around the shop. “Our industry is fast-paced and everyone needs a fast turnaround on jobs. Time is money for us.”

And it’s clear that with ESPRIT, MCC Tooling is translating shorter quoting, programming, and machining times into high value for their business.