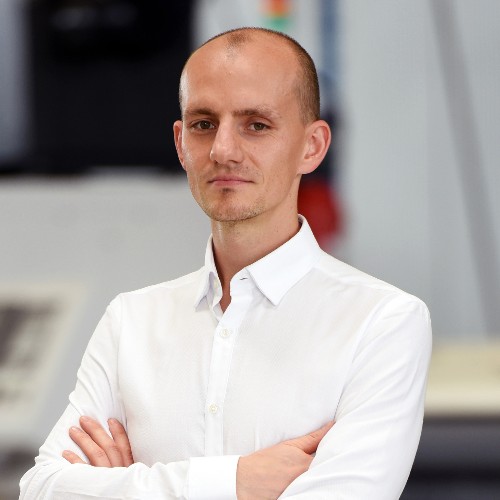 The implemented ESPRIT software enables JPB Système to realize its full range of technological opportunities and stay competitive in the aviation market.

JPB Système was founded in France in 1995 as a solution provider for the aviation industry. The Polish branch was established in 2016 in Jasionka, near Rzeszów. Between its two locations, the company employs more than 130 people. JPB Système is a member of the Aviation Valley, uniting Polish producers throughout the industry.

From its beginning, the company has focused on the development and production of fasteners for aircraft engines. JPB Système is a direct supplier for aircraft engine manufacturers including Safran, Rolls-Royce, Pratt & Whitney, and General Electric. Parts produced in France and Poland can be found in practically every commercial aircraft currently operated by most of the world’s major airlines.

JPB Système embodies the concept of Industry 4.0. Equipped with six DMG Mori centers, one of their production lines is fully automated and features an artificial intelligence system. The line is integrated with measurement systems after armament production is completely autonomous.

The company’s products are often specialized for a given application. Due to the class, complexity, and variety of aircraft engines, parts must be modified and adapted to existing systems or designed by the customer. Ensuring consistently high quality is a challenge.

The company’s products have a direct impact on aircraft safety and operation costs. Each stage of production requires the highest standards of quality.

Due to the demanding working conditions of aircraft engine parts and most of JPB Système’s other products, the company primarily uses certified heat-resistant nickel alloys and stainless steel.

JPB Système tries to apply technologies and operations that allow production to be as comprehensive, efficient, and automated as possible. Most parts require turning operations, milling, drilling, chiseling, and deburring. Each of these operations are often performed on just one machine. Almost all JPB Système’s lathes are two-spindle.

Each of these lathes is programmed so that work takes place on two spindles simultaneously, sometimes with three cutting tools working simultaneously.

One Software, Many Solutions

JPB Système’s French location has been using ESPRIT software to prepare turning and milling programs for many years. At the Polish location, the software was implemented in 2019 and allows users to comprehensively operate the entire machinery park.

ESPRIT is primarily used for programming 3-, 4-, and 5-axis milling operations on the FANUC ROBODRILL machine in the R&D department. Most of the designs are prototypes of numerous new ideas and products. The complexity and variety of these designs are relatively large, and the degree of complexity is high—especially because these structures have not yet been optimized.

JPB Système places much emphasis on quality and standard of finish. Prototype parts, processed with ESPRIT, are presented to the client for their own internal tests. 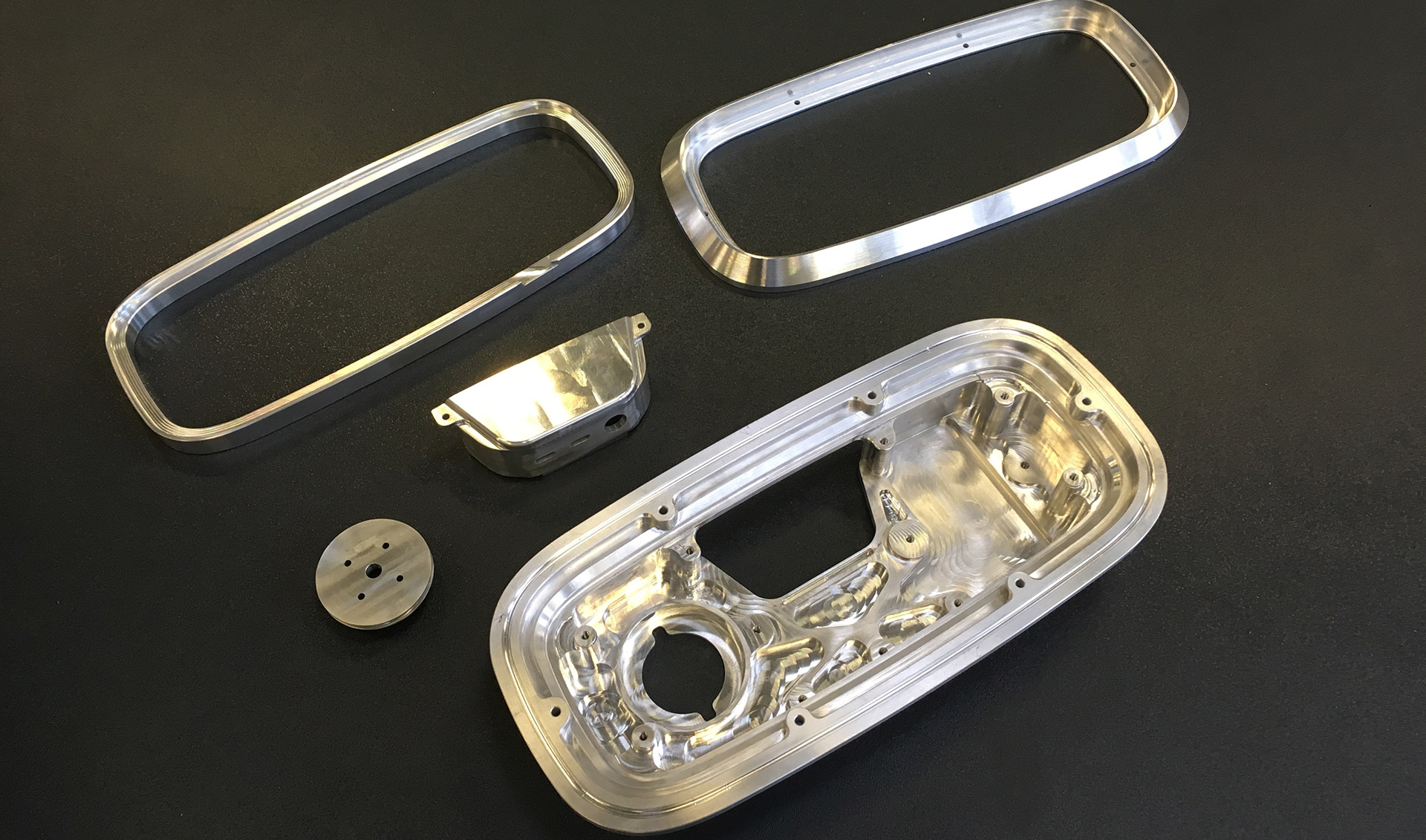 One additional challenge is the need to mill axisymmetric elements, such as lathes, where relatively easy, smooth, and continuous contour turning sometimes requires the use of all tools and kinematic capabilities of a 5-axis milling machine.

One of the last products, the machining of which was modeled in ESPRIT, is a special tensioner of the tendon, equipped with a self-locking mechanism. Although the details of this device are produced on turning centers, the first prototypes were modeled and made on a 5-axis milling machine, exceptionally milling surfaces that are normally turned. 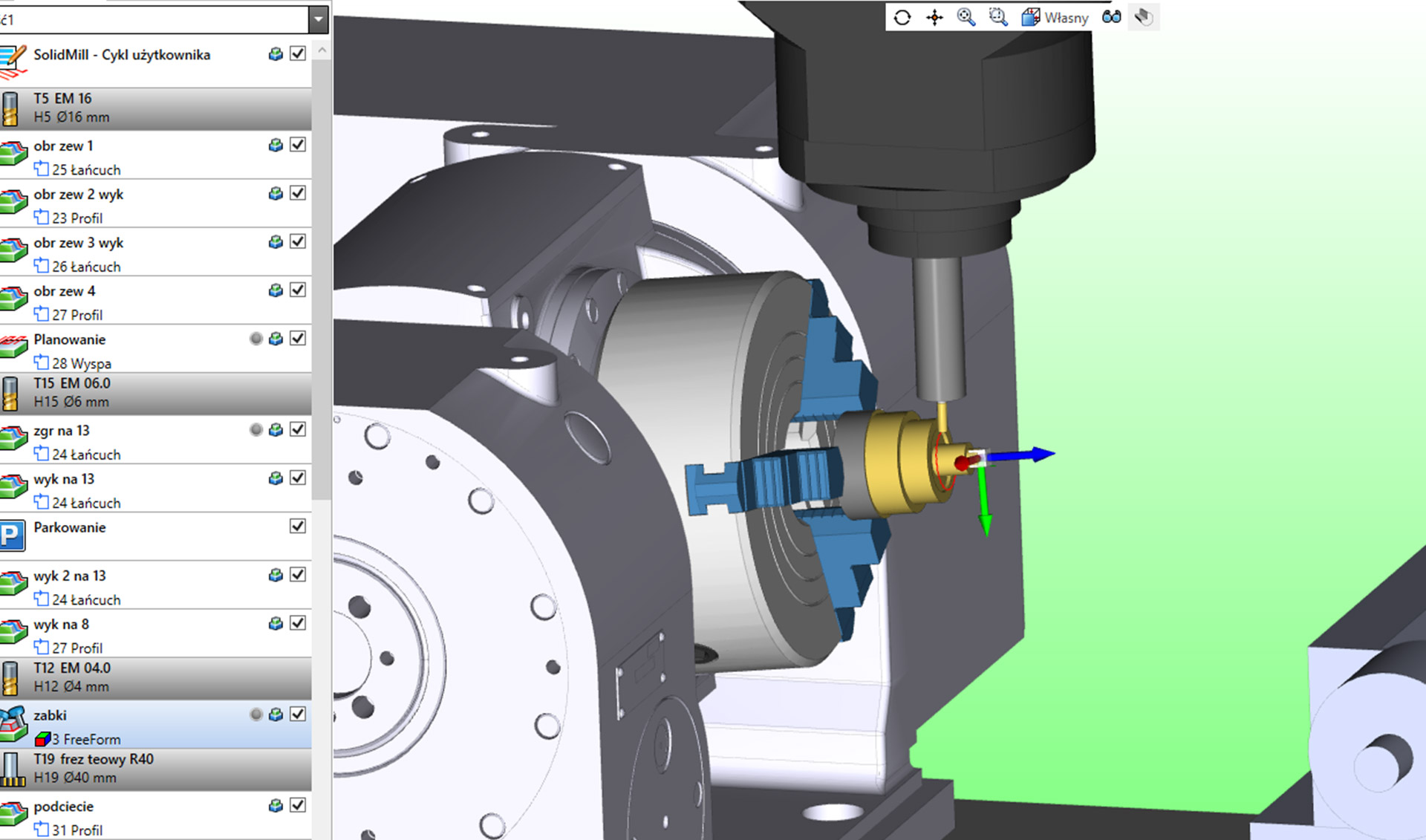 Special tensioner of the tendon, equipped with a self-locking mechanism, modeled in ESPRIT

The program enables the effective use of all possible machine tools, along with an accurate virtual simulation of the machine and its equipment: instrumentation, tools, and axis kinematics.

The generated code is optimized for the machine tool and does not require subsequent editing on the machine controller. Significantly, this reduces the risk of a collision and accelerates its work.