C&S Machine and Manufacturing Corporation was founded in 1969 by Robert Steele and Ronnie Cook in a 180 square foot shed on Cook’s property in Louisville, Kentucky. 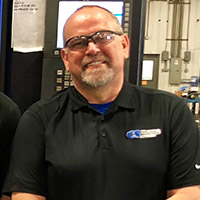 There’s no question that the improvement in our CAM programming capabilities that we have achieved with ESPRIT have played a major role in our success.

As the company invested in the latest CNC machine tools, it began to experience limitations with the CAM programming software it used in the past. “The CAM software that we used previously could handle nearly all of our programs, but it was somewhat awkward to use,” said Kyle Dunn, Machinist for C&S Machine. “In the past we would write a toolpath, post it out, and paste the resulting G-code into our hand-written program. This process was time-consuming and prone to mistakes that might wreck a tool or workpiece.” The company made the decision to purchase ESPRIT because it was recommended by several machine tool companies as providing a pathway to leverage their latest features. Another factor was the ability of ESPRIT CAM to easily import solid models from SolidWorks computer aided design software and other design tools used by the company’s customers, which saves time by largely eliminating the need to re-create customers’ geometry and ensures that the program matches the customer’s design intent.

A typical example of type of programming done with ESPRIT is a lower jaw for a custom-built machine. This part is produced from a solid piece of 10 x 9 x 8-inch alloy steel. The customer provided a SolidWorks solid model of the part geometry and the programmer loaded the model into ESPRIT. He created a block around the part to define the workpiece from which the part is machined. He began the programming process by choosing from a tooling library that he had created in the past that includes ball nose end mills, square end mills, drills, taps, etc. The library ensures that programming and simulation match the dimensions of the actual tooling including stick-outs, tool numbers, number of flutes, etc. to ensure accurate collision detection. He then used ESPRIT’s automatic feature recognition capability to restore the intelligence of the part geometry by organizing it into features such as holes, bosses and pockets. He selected many of these features for use in creating toolpaths. 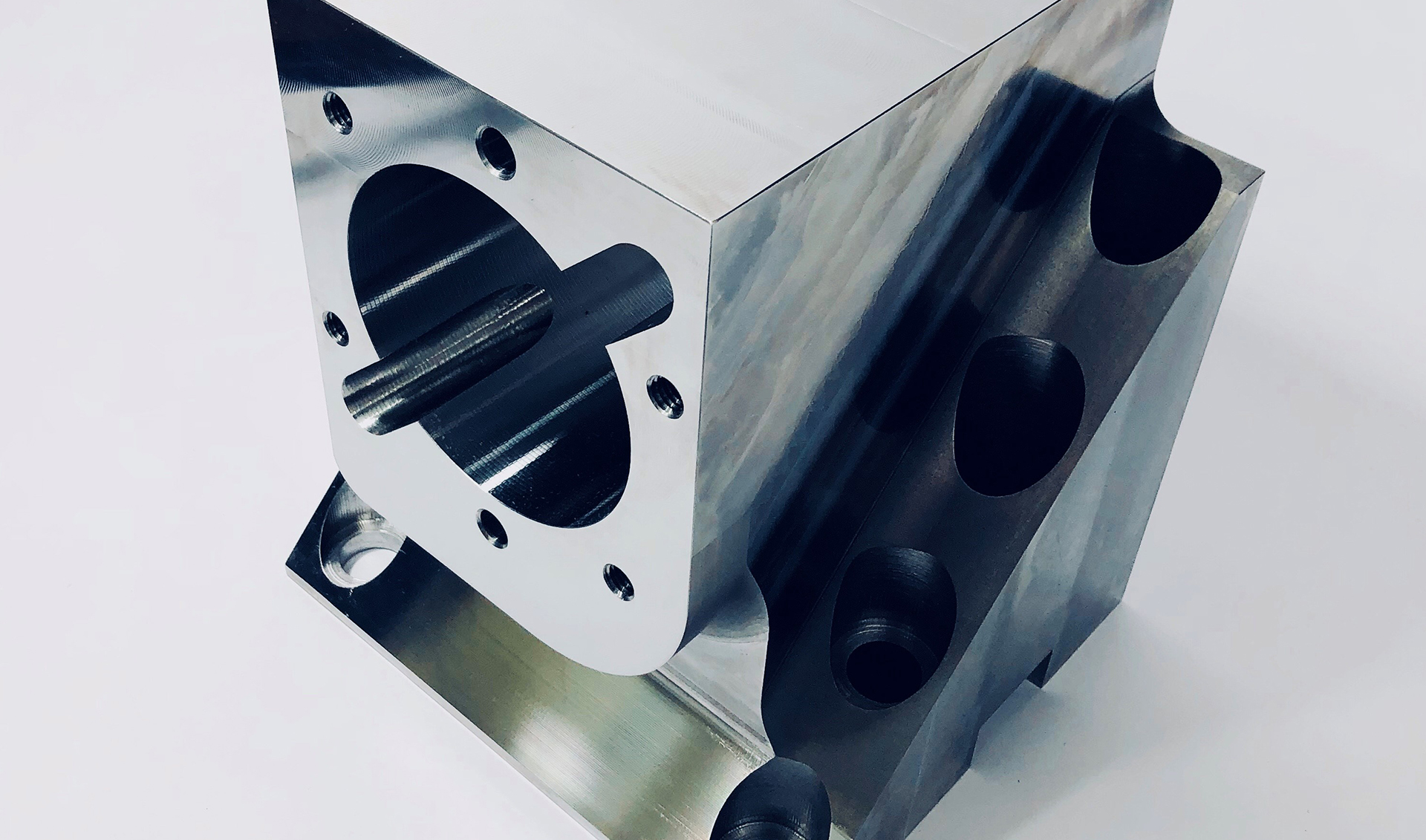 The programmer created toolpaths for the basic outline of the part by chaining edges and line segments to create a few larger surfaces covering the exterior of the part. He then selected these surfaces one at a time and defined contouring operations to produce them. He selected a contour milling strategy for each contouring operation and ESPRIT automatically generated an efficient sequence of roughing, semi finishing and finishing operations to produce the surface. The ESPRIT Stock Automation engine calculated the contouring times in seconds. These operations begin with efficient roughing at high metal removal rates with an indexable end mill that removes all areas of the part can be removed with this tool without gouging the workpiece. Then the program loads the next smaller size tool and again calculates which areas of the part it can remove. This process continues down to the smallest tool, usually a ball nose end mill, which generates fine details on the part. Each toolpath avoids re-cutting previously machined regions to reduce cycle time.

The programmer defined discrete features such as holes and bosses that were automatically recognized by ESPRIT as discrete toolpaths. In some cases, he pulled toolpath settings from a library of saved processes, which allowed him to use programming strategies that have been proven on previous parts. When all toolpaths were created, the programmer simulated the operation of the program in ESPRIT which showed the workpiece, cutting tools and machine tool as realistic solid models. This approach makes it relatively easy to identify any problems with the program and when identified they can be corrected by modifying the tools, geometry or toolpaths that make up the program. The simulation generates a model of the part produced by the program which can easily be compared to the design intent as provided by the customer. The simulation also estimates the cycle times which helps improve the accuracy of the company’s quoting. “We use this feature on long term, higher-volume projects to estimate how much machine time will be required to produce each part,” said Mike Curry Manufacturing Engineer. 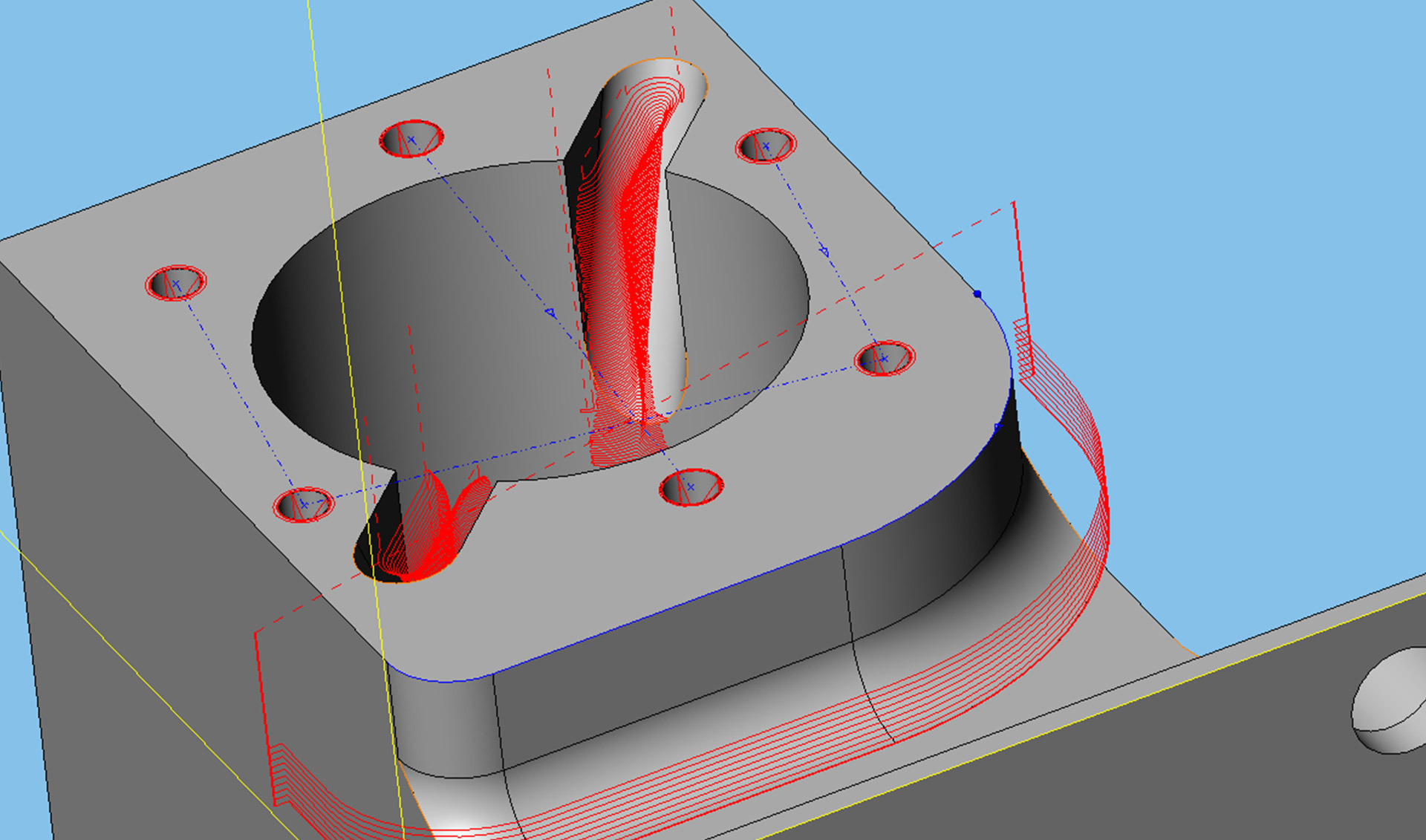 Benefits for C&S Machine and its customers

The increase in CAM programming capability provides several key benefits both to C&S Machine and to its customers. The more efficient CAM programming workflow helps reduce programming time. The program for the part described took considerably less time to create and validate than it would have taken with the software used in the past. The automated strategies provided in ESPRIT reduce cycle time which in turn helps reduce the cost of machining. The ability to visually simulate machining operations and accurate post-processors provided with ESPRIT have eliminated problems such as crashes when running programs for the first time. Tom Grace, Operations Manager for C&S Machine concluded that the use of ESPRIT has also contributed to the company’s four and one-half times increase in revenues at C&S Machine since the company started using the software. “There are many factors involved in our growth including investments we have made in new technology and workforce development and the dedication and support of our entire team,” Grace said. “But there’s no question that the improvement in our CAM programming capabilities that we have achieved with ESPRIT have played a major role in our success.”