Since 1980, Geospace Technologies has been developing innovative products for the petroleum industry for land-to-deep sea systems for seismic data acquisition. 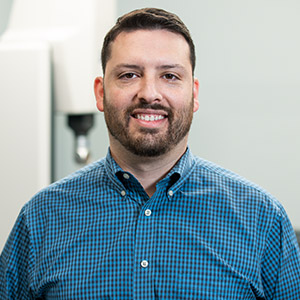 Programming used to be a difficult and sore subject for us here, we now have a much easier way of getting things programmed especially when a machine is busy with another part. Now we can go back to ESPRIT, re-post to a new machine and get running on the machine right away.

Since 1980, GeoSpace Technologies (Houston, TX) has been developing innovative products for the petroleum industry, including geophones, printheads, and land-to-deep sea systems for seismic data acquisition. Seismic data acquisition, in particular, has become one of the most commonly used technologies in the petroleum industry to search for subsurface oil and gas. Designing and manufacturing innovative scientific instrumentation and equipment are at the heart of every GeoSpace project.

With GeoSpace’s seismic equipment, sound data is collected to create maps of the earth’s subsurface, which allows oil and gas companies to search for potential or existing oil- and gas-bearing formations. For the oil industry, efficiently finding and developing hydrocarbon resources is essential. As the search for oil and gas deposits continues, perfecting the art of seismic data collection and subsurface mapping has become one of the most commonly used technologies in the petroleum industry. And the need for accurate and cost-effective technology continues to grow.

That’s where GeoSpace Technologies comes in. Geoscientists have come to rely on their instruments and equipment to keep that data flowing – and to do so in newer and better ways. Efficiency and reliability are the keys to success, both for GeoSpace Technologies and for the petroleum companies that rely on them. Tight delivery schedules are another key factor for this industry. For example, it might cost up to $300 thousand per day for a company to charter a large ship for a geological survey. Forcing the ship to sit at the dock waiting for equipment to be delivered is not acceptable. 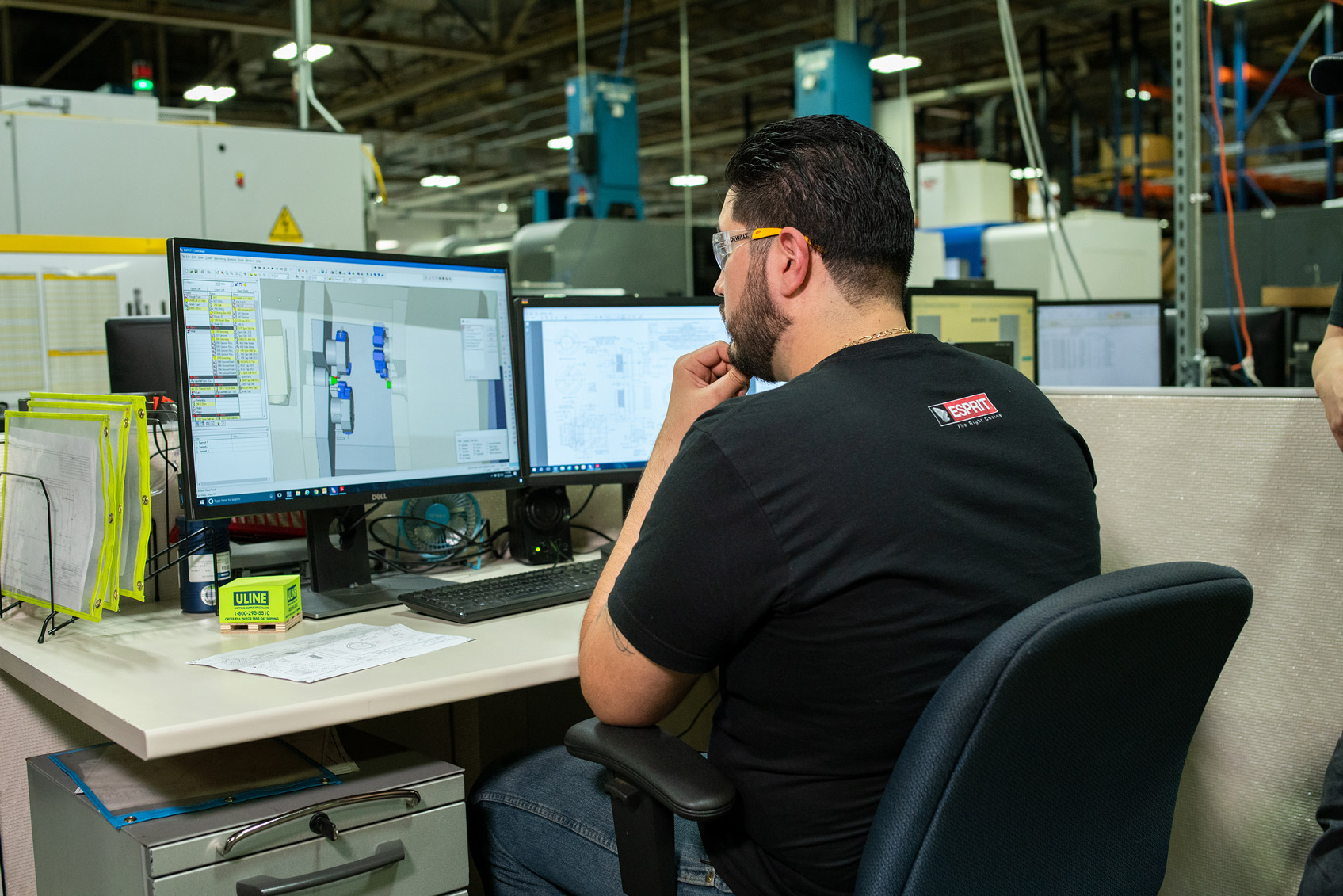 For GeoSpace Technologies, these constraints mean they could not rely on external manufacturing suppliers—especially overseas suppliers—that have their own priorities and can’t always be relied on for on-time deliveries. GeoSpace Technologies overcomes this challenge by producing a majority of its products and their components under its own roof. The company employs over 200 manufacturing employees who build molds, perform injection molding, build printed circuit boards, make machined metal and plastic components, and perform many other manufacturing operations.

GeoSpace has 33 CNC machine tools as well as many manual machines and auxiliary equipment. The company has recently invested in newer, more advanced machinery, including a Citizen Miyano Machinery ABX-51TH3, with an upper turret on the left side, one on the right side, and a lower turret capable of working on both sides.

The manufacturing engineers at GeoSpace Technologies initially programmed the machine with the CAM software they had been using for years, but ran into difficulties while trying to take full advantage of the machine’s capabilities. For example, ensuring complete use of the machine’s three turrets was complicated by the fact that simply moving an operation from one turret to another often required starting the program from scratch.

Justin Henry, manufacturing manager for GeoSpace Technologies, was tasked with the challenge of improving the efficiency of the company’s manufacturing options. His top priority was upgrading the company’s CAM software. Boosting efficiency with multitasking machinings, like mill-turn and Swiss-type turning, was key. Henry says, “I looked at a few of the market leaders and selected ESPRIT from DP Technology because it provides the best support I have seen for advanced machines.”

ESPRIT reseller, Victor Davila of Shape Design, was brought in to assist. Davila notes, “We helped GeoSpace by showing them what they could achieve with ESPRIT. When we met them, they had great machines and employees. One part was missing. They were held back by inefficient CAM software. Getting more efficient, newer machines made this bottleneck more visible. I told them they could write code and take it to the machine and run good parts the first time.” 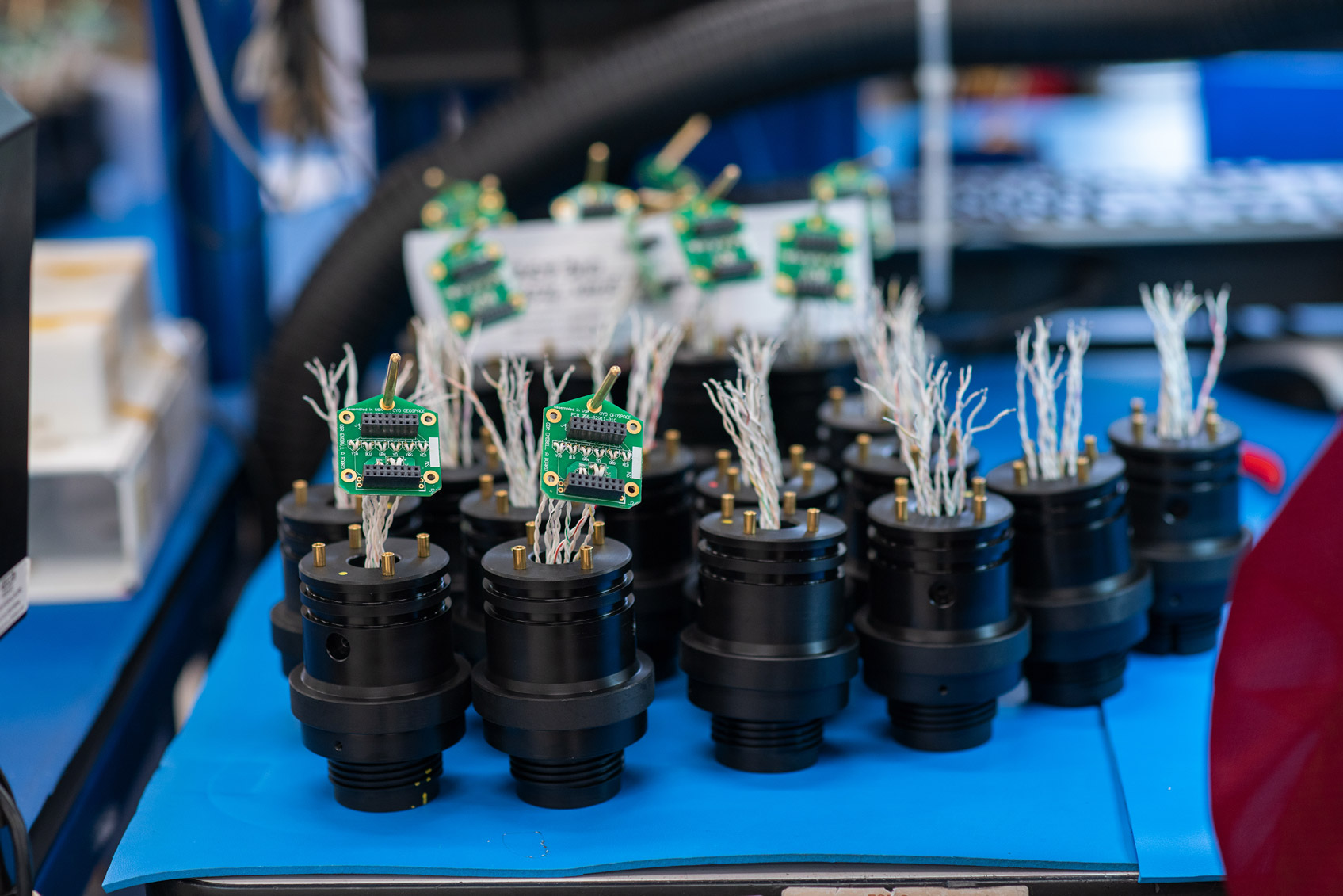 After training on the new software, Henry focused on improving the program to produce a part called an end bell for the company’s OBX product. While doing seismic mapping, this part protects electronic components from the deep-water pressure on the ocean floor with the use of six O-ring seals. Too complex to be injection molded, the end bells are machined from plastic at a rate of almost 50,000 per year.

The GeoSpace Technologies’ programmer opened the Solidworks solid model of the part in ESPRIT and used the software’s automatic feature recognition component to identify the machining operations required to produce it. In a few cases, Henry manually created features based on his own ideas on how the part should be produced. For example, he combined a bore and a counterbore into a single feature so that both could be produced with a single tool.

“We decided to flip the part around front to back in the machine because it is easier to deploy two spindles on the front side of the part, which also has most machining operations,” Henry said. The programmer set about assigning machining operations to maximize turret utilization. For example, originally, two radial drilled and tapped holes were produced one after another by a single turret. With the new software system, they are now machined simultaneously on the front side of the machine by two synched turrets.

An axial through-hole with several steps was previously drilled and bored with four different tools. The programmer changed this so that after the hole is drilled, a single carbide insert tool is held in the positions to bore all the steps while the part rotates. The new approach saves considerable cycle time by reducing the number of tool changes.

The programmer also adjusted cutting speeds and feeds to take full advantage of the capabilities of the tooling. The new speeds and feeds were tested and tweaked on the machine, and the final parameters were transferred into the final CNC program.

Overall, the new program reduced the cycle time for producing the part on the ABX machine from 22 minutes to 6.5 minutes, saving GeoSpace Technologies both time and money. Building on this success, the programmers used ESPRIT to reprogram an assortment of additional parts for the ABX machine and achieved even greater savings.

The time savings also came from the ability to do time studies within the software. The older software did not provide an accurate picture of run times until the part was test run on the machine. ESPRIT software, however, provides them with a report that shows how long the tool will be in the cut. Knowing that a tool actually takes 2 minutes to run instead of 10 allows for more accurate job planning and cost reporting. 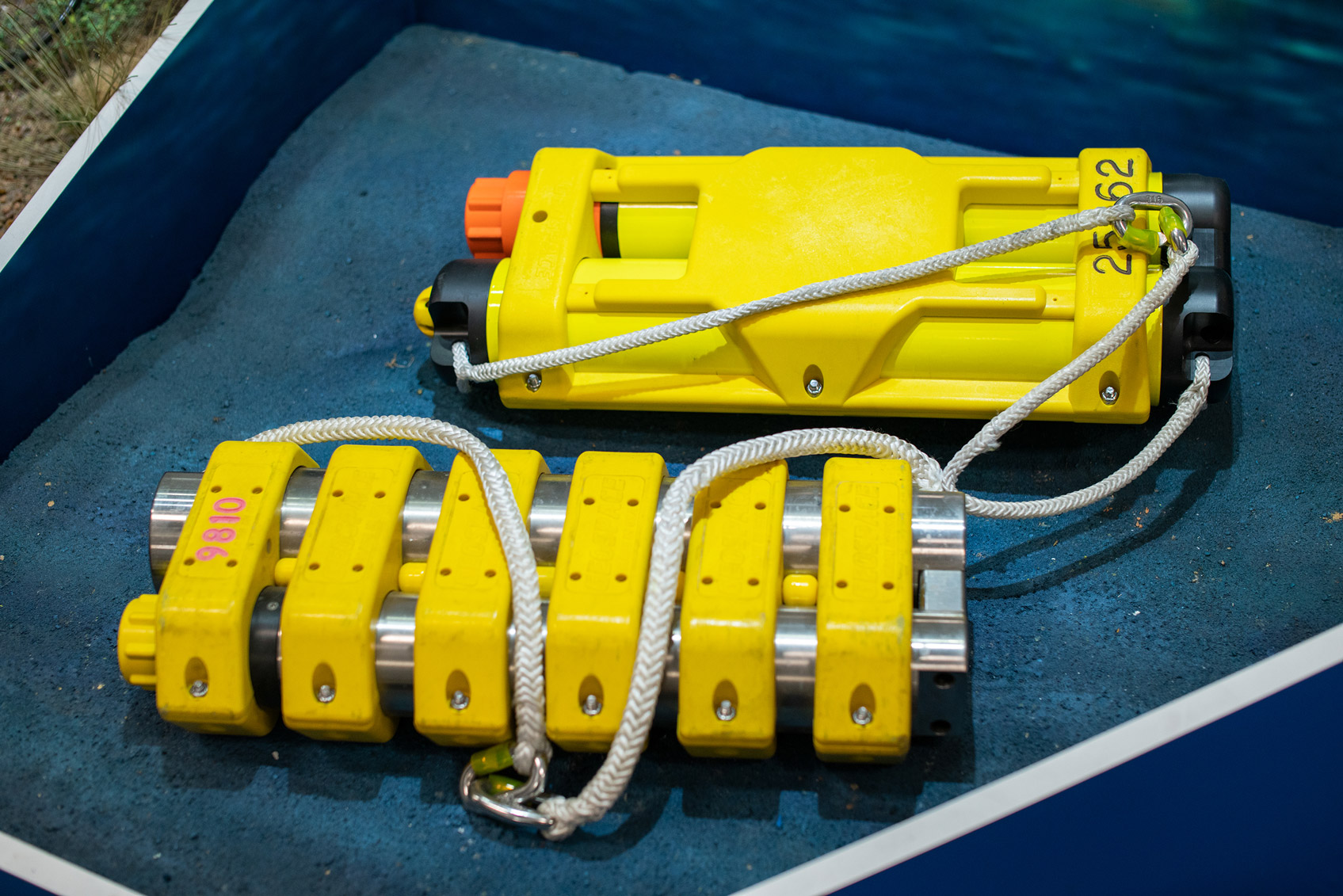 The final sensor. At the top is the plastic version for shallow water. At the bottom is the titanium version for deep ocean water.

In addition to more accurate job time estimates, ESPRIT allows GeoSpace engineers to accurately depict within the software how a program will run when creating or modifying a new tool. Avoiding collisions and syncing between turrets, for instance, can all be simulated in real time with a click of a button. With other systems, the syncs don’t always match what you see in the machine. Instead, time and materials must be wasted while proving out the program on the machine tool.

ESPRIT “made it possible to move operations from turret to turret or setting sync points with a few clicks of the mouse,” Henry said. Now, with more accurate syncs possible, even greater efficiencies could be found.

Control is everything when you’re programming and process planning. ESPRIT software was the clear choice for GeoSpace Technologies. While there are several reasons GeoSpace chose ESPRIT for their machinery needs, one of the main reasons is “the power and control that ESPRIT gives you. With ESPRIT, you have control over the tool to do whatever you want to do.” ESPRIT is completely customizable to meet the unique and changing needs of manufacturers and machine tool builders. “Most CAM software don’t let you do that,” says Davila.

ESPRIT is a powerful, full-spectrum CAM system for CNC programming, optimization, and simulation — supporting the entire manufacturing process from CAD file to machined part. With factory-certified post processors delivering machine-optimized G-code, ESPRIT is the smart manufacturing solution for any machining application. “ESPRIT has given us the ability to quickly adapt and improve our CNC programs for multitasking machines,” Henry concluded. “We have achieved substantial savings by combining processes into a leaner approach, dividing operations to more efficiently utilize all machine spindles and turrets, reduce the number of tool changes required, and make many other improvements.”

When you combine these benefits with world-class technical support that allows programmers to get started quickly and keep running at top efficiency, it’s clear that ESPRIT is the only CAM software for customers like GeoSpace. With ESPRIT’s continuously evolving features, GeoSpace Technologies is set to continue to develop value-driven, innovative, and effective products and services for their clients.