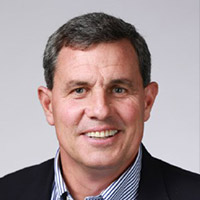 Founded in Milwaukee, Wisconsin in 1947, Pindel Global Precision has endured through some of the country’s toughest times—wars, economic recessions, and, presently, a pandemic. The appearance of unlikely heroes is one silver lining of difficult times, and Pindel might just be one of 2020’s best.

Pindel, an ISO9001:2015-certified contract manufacturer of precision-machined parts for global customers, typically serves the industrial control and automation industries. But when COVID-19 hit, CEO Bill Berrien saw an opportunity to help. “We put our name out there as a candidate willing to make ventilator parts at cost,” says Bill. “There was a national, humanitarian urgency to meet the need. We had to raise our hands.”

At the same time, Pindel was in the middle of another big change—switching the shop from PartMaker to ESPRIT. “PartMaker support had been gradually disappearing after it was acquired by Autodesk,” says Bill. “It’s not getting the investment that it needs, especially when it comes to CNC Swiss and complex turned parts.” Additionally, Bill and his team were frustrated by the frequent editing that PartMaker’s programs required. Pindel decided to make the switch to ESPRIT due to its emphasis on continuous innovation. “ESPRIT’s regular feature launches, AI capabilities, and reputation for creating great, edit-free NC code make it a better choice to help the team work together and work quickly.”

Bill acquired Pindel in 2012 with a professional history overflowing with achievements. After college, he embarked on one of his most formative experiences—serving the country for nine years as a Navy SEAL officer. “They say that once you leave the SEALs, you spend your entire life trying to re-create the experience,” Bill says. After the military, he earned a graduate degree from Harvard Business School before heading to the Midwest to work for GE and, ultimately, Pindel.

“I believe that manufacturing can replicate that SEAL experience,” Bill says. “You’ve got a small, highly cohesive, highly trained team trying to do outsized things,” he continues. Responding to the manufacturing needs of a global healthcare crisis only highlights the possibilities of this model. “The manufacturing ecosystem we have in this country, and particularly Wisconsin and the upper Midwest in general, can make us the world’s factory floor,” Bill says. “But it has to be enabled by automation and AI. [At Pindel] one of our key mottos is ‘work smarter, not harder.’ If there’s a tool out there that lets the person do more, let’s jump on it.”

COVID-19 was Pindel’s watershed moment, and ESPRIT made the transition as smooth as possible. “[Regional sales manager] Mark Quartana and [application engineer] Derek Peters were great. We asked Derek to program the part on Friday. Our team here in Wisconsin worked through the weekend, and Derek kept in touch with us. By Monday, we were cutting chips on test material—on all five different part numbers,” says Bill, recalling the week his team adopted ESPRIT and began making ventilator parts. “By Tuesday we were making parts, and by Wednesday we were anodizing them.” Bill says that the key to successfully navigating this transition was trust—both in ESPRIT and his team.

“It’s very similar to what I saw in the Special Operations community. You don’t have a single leader giving direction on the little points. Instead, you build a team, give them a goal, and you let them go without meddling. This leadership approach empowers the team to problem solve as they need to,” says Bill.

Today, as Pindel continues to manufacture ventilator parts at full speed while simultaneously pursuing AS9100D certification, Bill looks toward the future. “I believe that on the other side of this crisis, there is going to be a realization that the legacy mindset around supply chains is no longer applicable. The default setting of OEM sourcing teams—using the cheapest components from Asia-based chains—is misplaced. We’ve got a tremendous amount of automation right here and a capability and capacity to deliver production parts immediately. We’ve got the technology, the ecosystem, plenty of untapped capacity, and an incredibly skilled workforce. We can change the paradigm; we should be the factory floor for the world.”