In 1978, Jack and Teresa Starnes began selling AR-15 parts out of their home in Winchester, Kentucky, under the name of J&T Distributing. 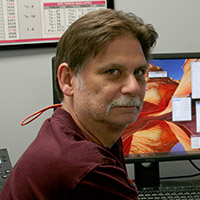 Any time we've taken an old product and redone it in ESPRIT, our efficiency has increased.

The couple went on the road selling firearm parts and accessories at gun shows, and as they did so, the company grew. In 1999, they began DoubleStar, the firearm manufacturing division of their enterprise, and since then, both entities have grown into a manufacturing powerhouse with a 65,000-square-foot facility, still located in Winchester, KY.

The company is continuing to grow and diversify its product portfolio, but it was DoubleStar’s recent expansion into knives and other edged weapons that presented the biggest challenge for the DoubleStar machine shop’s team of seven.

Machining a blade with high-impact toughness and resistance to shock load, as well as the ability to hack through a car’s A-pillar (as the company’s Wrath steel tomahawk can purportedly do), requires extreme attention to detail and precision. ESPRIT played an integral role in DoubleStar’s successful expansion into the knife business by facilitating the precise machining necessary to craft such a complex surface.

When CNC programmer Tom Vagasky first learned ESPRIT seven years ago, the system’s ease of use made the switch from another system a simple one.

“Because of my background working with different programming systems, I was able to very easily jump into ESPRIT,” he says. “It didn’t take me any time at all to learn it and go.” But machining a knife blade is a more complex job than manufacturing, say, a buttstock. The head of the Wrath tomahawk has six distinct surfaces, each of which bevels so subtly into the next that the surfaces nearly blend together. “That’s not something you could manually program,” Vagasky says.

“The AEs at ESPRIT were very, very, very helpful in my getting up and going on the first couple of knives,” Vagasky says. Then, to augment the remote technical support he received, Vagasky attended personalized ESPRIT training at DP Technology’s office in Chicago.

“It was overwhelming,” he says. “I know ESPRIT, but there was so much more functionality we didn’t know existed before.” Vagasky came away from his training knowing how to create features directly from the solid model and understanding 3D milling strategies, including how to extend a surface to get the sharp edges of the knives. 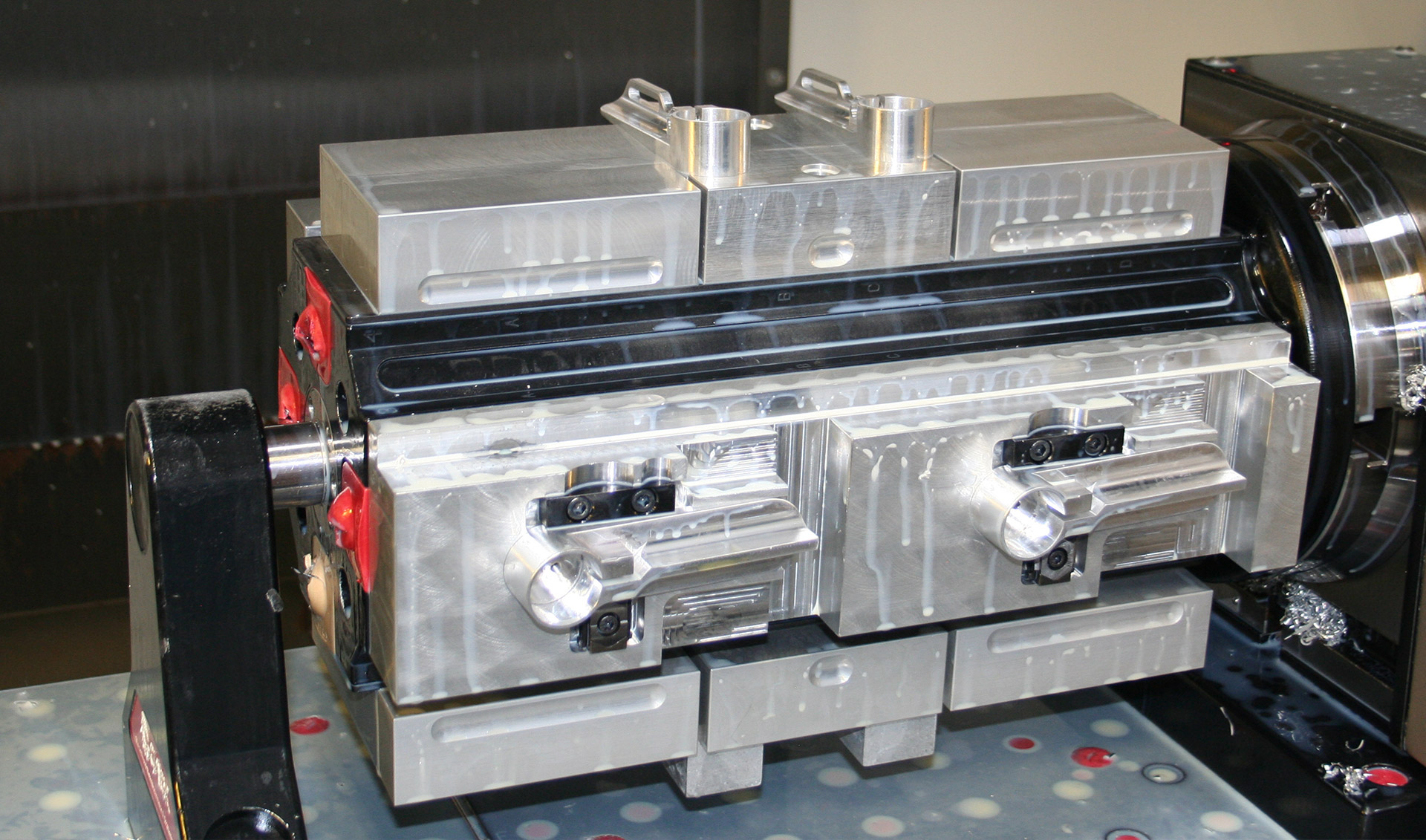 DoubleStar now produces five models of knives, machetes, and tomahawks, and the plan is to further grow the company’s edged weapons offerings. Meanwhile, the machine shop is continuing to expand manufacturing on the firearms accessories side. In order to exercise greater control over costs and quality, DoubleStar has begun bringing the production of many parts, including buttstock components, in house. Due to the complex, multi-sided nature of many of these parts, using any CAM system other than ESPRIT wouldn’t have been an option. “Without ESPRIT, we would not have been able to bring a lot of these parts back under our roof. I wouldn’t have even thought of doing it without ESPRIT,” Vagasky says.

As the company continues to grow, one thing is clear: ESPRIT will continue to be DoubleStar’s greatest asset when it comes to precision and productivity.

“Any time we’ve taken an old product and redone it in ESPRIT, our efficiency has totally increased,” Vagasky says. “When my foreman’s out on the floor and he sees something that needs to be changed to make it better, I can pull it up on the screen and make the change. And boom—we’re back to running it in a better way.”