Stockton, California’s Clutch & Brake Xchange is a family-owned shop that provides the construction, agriculture, and other industries with the heavy-duty parts they need to stay in motion. 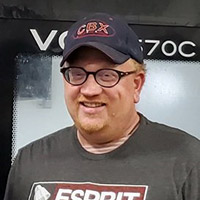 Thanks to their support and an amazing product, ESPRIT really is the only CAM system you'll ever need.

As a factory-authorized Permco Build Center, Clutch & Brake Xchange has the capacity to machine-bare castings with three standards of SAE hydraulic ports. This special partnership enables the team to build and assemble nearly any combination of hydraulic gear pump the same day a customer places an order; rather than the six to eight-week turnaround time from the factory.

California’s Central Valley is an agricultural powerhouse, responsible for one-quarter of the food produced in the United States. Naturally, the region runs on tractors, trucks, and fluid power—and Clutch & Brake Xchange is one of the region’s most trusted suppliers for the vital parts this industry demands.

John Hitchcock joined his family’s business as an apprentice machinist three years ago. “I was a chef for 30 years but had to quit due to the extreme pressure. Joining the business was my brother’s idea—I had no clue what CAM was, so I just ran with it.”

John credits ESPRIT’s renowned customer support with making his career transition as seamless as possible. “We piloted three software programs and determined that ESPRIT CAM’s support was superior to that of any other companies. We have not been disappointed in the product, support, or service.”

On the shop floor, John and the rest of the Clutch & Brake Xchange team work their magic on a Mazak Quick Turn 350MY, a Mazak VC-500C vertical machining center, a Mazak VCN-570 vertical mill, and a Haas TL3.  Working primarily with aluminum, steel, and cast iron, John and his team use ESPRIT to replicate obsolete parts, like S-cams, that are vital to the heavy-haul industry.

An S-cam is a required part of a vehicle’s braking system, most commonly trucks and other heavy-duty machinery. An S-cam has a shaft that can be up to 25” long and an S-shaped cam on one end. As the shaft turns, it connects the brake shoe with the drum to create friction and slow down the vehicle.

“Heavy-duty haulers were in need of an obsolete type of S-cam,” says John. “My father, who began his career as a truck driver and heavy-duty mechanic, recognized that there was a need for an S-cam. Without it, trucks would either need to retrofit their brake systems or convert the braking system altogether, which is a major expense. These trailers, many valued at more than $1 million, were essentially inoperable due to the strict safety guidelines outlined by DOT and state agencies. This S-cam was necessary to keep these trailers on the road without costly retrofitting expenses.

“I was tasked with developing the program for this essential part. I faced challenges and enlisted the help and expertise of [ESPRIT application engineer] Spencer Hallin. I got to meet Spencer at ESPRIT World, and since then he’s been my mentor and friend. His support is spot-on and invaluable,” says John.

Spencer is more than happy to help. “John is an extremely receptive learner who constantly strives to increase his skills in programming and in manufacturing. He is a pleasure to work with, and I really look forward to seeing what he can accomplish.” 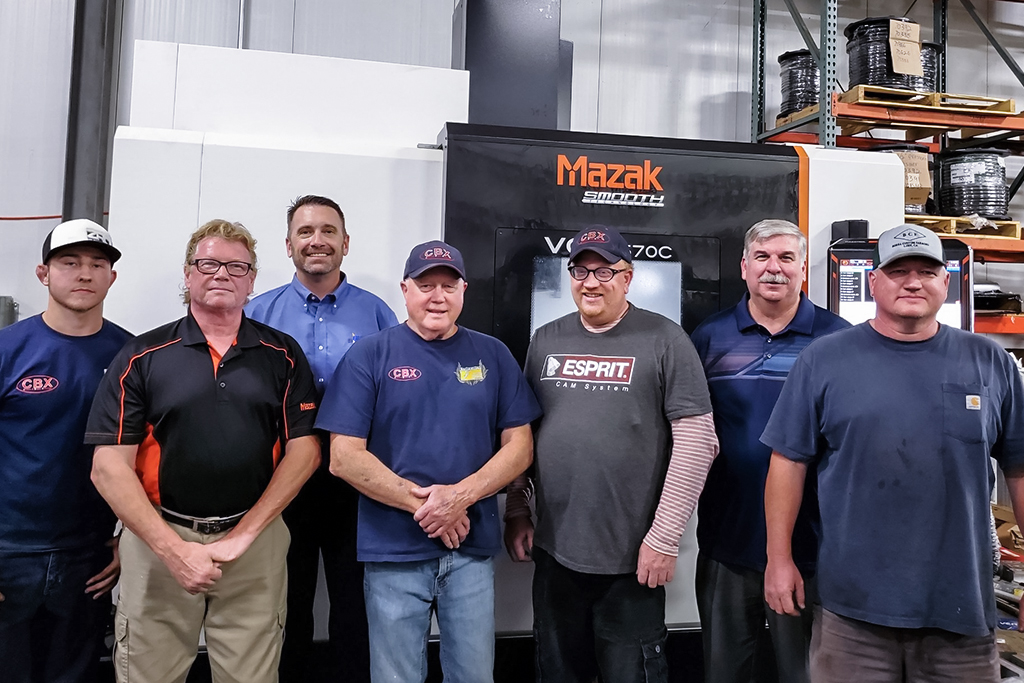 John is grateful for ESPRIT’s versatility when it comes to effectively serving his customers. “Through my consultation with the ESPRIT engineers, I’ve learned that these parts are very complex,” says John. “There is no blueprint for this work. I have to reverse engineer each S-cam CAD and CAM to the specs. I never know what kind of order is going to come in or how many will be needed.”

Thanks in part to ESPRIT, John has been able to tackle other challenging projects, too. “We needed to make a hydraulic cap from billet aluminum,” he says. “And we wanted to use one tool for two different operations to complete the project. Although it was one tool, we had to program the software to ‘believe’ that it was two different tools from the same pocket to make the product. [ESPRIT application engineer] Troy Lewis provided input and support, and within two days we had it running.”

John is optimistic about his role in Clutch & Brake Xchange’s future, and he’s excited to have a hand in the shop’s development. “Hydraulic pumps are the future,” he says. “California agriculture runs on fluid power. Recently, we’ve become a Permco West Coast build center. We can port, build, and test in a day. The factory takes six to ten weeks.” Not bad for a classically trained chef!

“I didn’t go to engineering school. I have no machining background, and everything I’ve learned has been with the help of application engineers,” says John. “Thanks to that support and an amazing product, ESPRIT really is the only CAM system you’ll ever need.”