The mission of 3 Points Aviation is to be the industry leader in the distribution and supply of aircraft parts while maintaining unrivalled commitment to the delivery of exceptional customer service and the ongoing development of customer relations. 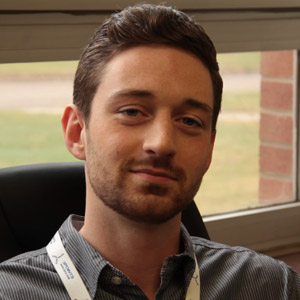 With the intelligence of the default and process technology, I can teach ESPRIT to program features how I want them. These tools within the KnowledgeBase allow the user to forget about the mundane tasks when programming and gives him or her the time needed to focus on the intricacies of the part.

“One-of-a-kind” is a phrase at the tip of the iceberg when it comes to business at 3 Points Aviation. Subtract the fact that the company is nestled quietly in picturesque Charlottetown on Canada’s Prince Edward Island, and even without the scenic locale business behind shop doors is beyond the ordinary.

Among the capabilities of the company are the reverse engineering, repair, overhaul, and manufacturing of components for the Dash-8 and other aircraft. “We can handle those situations where there is an aircraft on the ground waiting for a component,” says Spencer Burns, lead programmer. “We can receive an AOG (Aircraft on Ground) manufacturing request from a customer, where a 20-plus-year-old drawing is usually provided, and have their one-off part to them in as little as one to two days.”

Though the shop doesn’t do much repetitive work, 3 Points uses the ESPRIT KnowlegdeBase to free programmers from its small share of repetitive programming tasks, as well as to document vital data. Revision control is critical, and being able to quickly swap tools, speeds, feeds, and processes from the KnowledgeBase drastically reduces the time and error that goes into controlling multiple part revisions through the manufacturing chain.

“With the intelligence of the default technology and process technology, I can teach ESPRIT to program features how I want them programmed,” Burns says. “These tools within the KnowledgeBase allow the user to forget about the mundane tasks when programming and give him or her the time needed to focus on the intricacies of the part.”