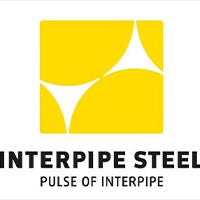 The program ran perfectly the first time on the machine tool and provided a substantial reduction in cycle time.

Based in Dnipropetrovsk, Ukraine, Interpipe produced more than 1.1 million tons of seamless pipe in 2012, the last year for which industry-wide statistics were available, making it one of the top ten producers in the world. Interpipe is also the third largest producer of solid-rolled railway wheels in the world, producing more than 250,000 tons in 2012. The company largely serves the oil and gas, railroad, heavy machinery and construction industries around the world with most of its sales going to Europe and North America.

In the past, Interpipe programmed machining operations on the individual machine tool controls. However, creating programs this way was complicated by the fact that each machine control used different programming methods. Another limitation was that Interpipe programmers had no way to validate the program short of running the part on the machine. This approach was prone to errors that could damage tools and workpieces and also consumed valuable machine time.

In an effort to overcome these difficulties, Interpipe engineers worked with Twist Engineering, a local computer aided design (CAD) and computer aided manufacturing (CAM) reseller also based in Dnipropetrovsk. After studying the machine tools and machining operations used by Interpipe, Twist application engineers recommended that the company implement the ESPRIT CAM software system from DP Technology. ESPRIT’s functionalities best fit Interpipe’s needs and included milling machining from 2 up to 5-axis, turning machining from 2- up to 22-axis, wire EDM from 2 up to 4-axis, multitasking mill-turn machining, B-axis machine tools, and high-speed 3 and 5-axis machining.

In order to the demonstrate the capabilities of the ESPRIT CAM system, Twist application engineers produced an NC program for machining a railway wheel on a vertical turning machine with two synchronized turrets. After finishing the program, the application engineers simulated the machining operation with ESPRIT. They used ESPRIT to configure the simulation with virtual machine settings, such as setting the limits of motion of the machine tool axes, in order to match the actual machine tool as closely as possible. After simulating the program in ESPRIT they made a few minor changes to the program then ran it on the actual machine tool. The program ran perfectly the first time on the machine tool and provided a substantial reduction in cycle time.

Based on the success of the results, Interpipe management decided to purchase ESPRIT and also contracted with Twist Engineering to develop 3D models of machine components and special tooling and post processors for several of their machines. Interpipe provided detailed specifications of the machines and Twist application engineers developed the post-processors. 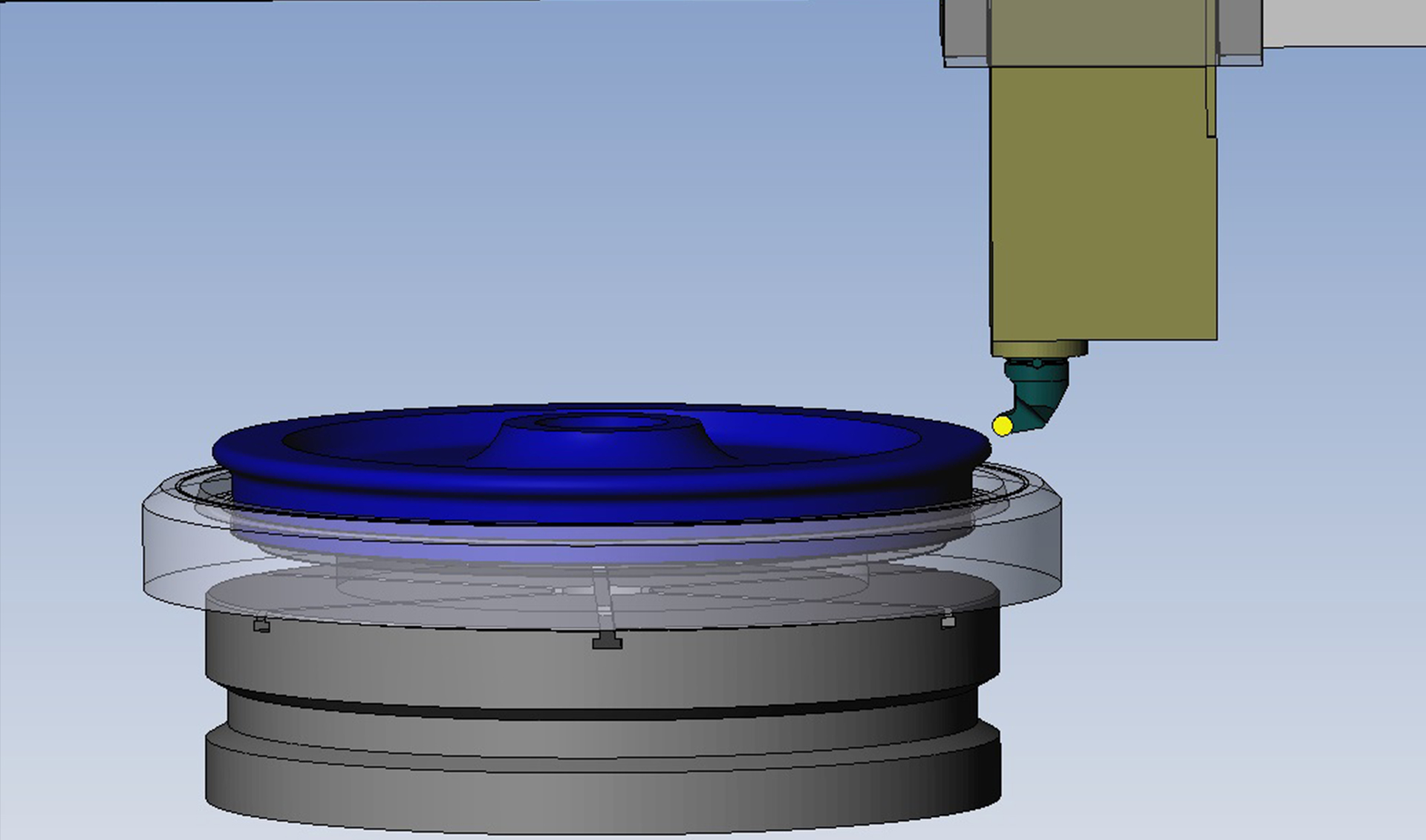 Simulation of a machining operation in ESPRIT.

In addition, Twist application engineers also worked with Interpipe to develop add-ins or macros to optimize the use of ESPRIT for their operations. ESPRIT’s open architecture enables users to customize the program and create new modules using an Application Programming Interface (API) based on the Microsoft Component Object Model (COM) and Microsoft Visual Basic for Applications (VBA) language. Existing ESPRIT components can be used in these modules and they can be constructed within the existing Graphical User Interface (GUI).

Furthermore, Twist application engineers developed three macros within ESPRIT for Interpipe. The first provided data transfer directly from drawings into NC programs, the second enabled the machine operator to enter additional finishing and roughing stock allowance at the machine control, and the third synchronized the program to machining elements adjustments made by the operator.  The macros use an interactive user interface to deliver prompts and provide feedback to the operator.