Competitive pressures have been forcing aerospace components manufacturers, such as Martin Aerospace in Lanark, Scotland, to reduce costs and cut lead times, while at the same time produce parts at a higher level of complexity than ever before. 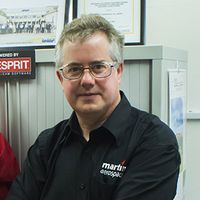 Martin Aerospace serves as a vital link in the supply chain of some of world’s best known aerospace companies. The company has thousands of different components and assemblies in its portfolio of live parts. Most of the company’s products are built to high tolerances and many are machined from difficult materials such as Inconel and titanium. They range from items whose dimensions are just a few millimeters to large components and assemblies weighing upwards of 50 kilos. All of these parts are critical to the safety and integrity of the finished product into which they will be incorporated, which is reflected in the material and manufacturing controls used by company.

The company’s programmers started to experience difficulties with their previous computer-aided manufacturing (CAM) software when trying to take full advantage of the capabilities of more advanced machine tools, such as integrated turn and mill centers, which they had purchased in an effort to reduce cycle times when producing complex parts. In particular, Martin Aerospace produces many components on Swiss style sliding head machines such as the Goodway SW20 and Nomura NN-25YB and NN-20UB. In the past, the company’s programmers used a different CAM system for programming milling machines that did not handle turning. Programmers generally created programs for turning machines by entering programs in the machine control. The machine controls were typically limited to very basic capabilities and programmers had difficulty becoming proficient in all of the different controls used on the company’s machines. 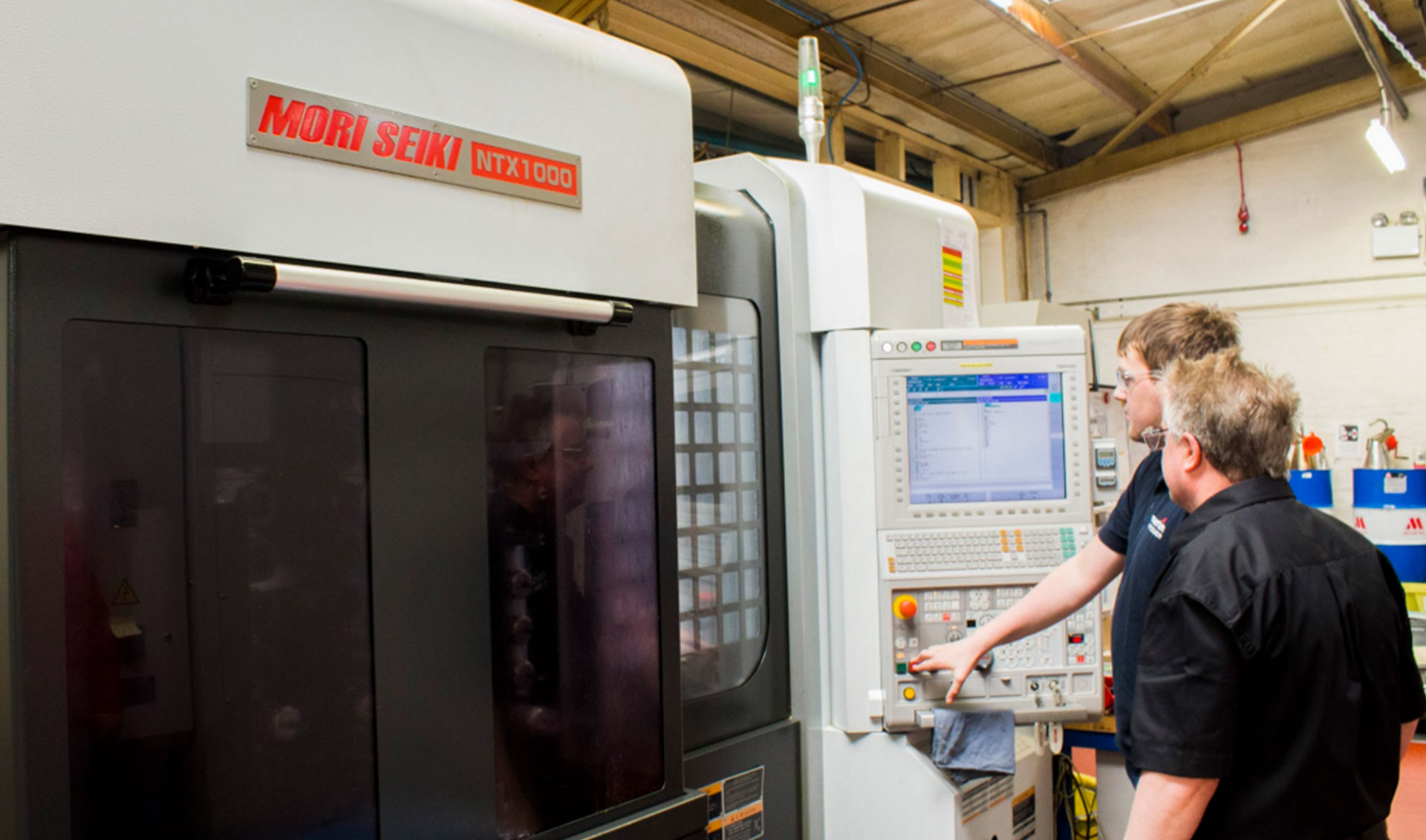 The company has migrated to multitasking machines such as the Mori Seiki NTX 1000.

Martin Aerospace programmers first worked with the Millturn version of ESPRIT CAM software that was provided with one of their MultiTasking machines. They found that ESPRIT better supported the advanced capabilities of their machine tools by providing them with the ability to easily move operations between spindles in order to optimize cycle times. Therefore Martin Aerospace decided to switch to ESPRIT CAM software for all of their programming needs. They also found that ESPRIT CAM software’s simulation capabilities enabled them to closely examine programs in search of cycle time and other improvements. The end result is that they have been able to reduce cycle times between 20% and 30% on most parts, substantially improving the firm’s competitive position.

More recently the company invested in integrated turning and milling centers such as the Mori Seiki NTX 1000 that consists of a multiaxis, 2-spindle machining center with full 5-axis milling, as well as a lower turret. These machines provided Martin Aerospace with the capacity to perform what previously took three or four operations in a single operation, thereby reducing setup and cycle time which allowed them to produce more complicated parts at higher levels of productivity. ESPRIT CAM software was incorporated in the Mori Seiki MAPPS IV control to enable the programming of 3D shapes and complex, added-value workpieces.

Multitasking machines can substantially increase productivity, but they can also substantially increase the complexity of the programming task. The operations are the same but performing several of them simultaneously is much harder to choreograph. When Martin Aerospace managers and programmers began using the Millturn version of the ESPRIT software built into the Mori Seiki control, they noticed that ESPRIT’s technology allowed for complex programming while maintaining ease-of-use and flexibility. Managers consulted with DP Technology, the program’s developer, and determined that the full version of the software was capable of programming every CNC machine that the company owned. They made the decision to buy the full version of the software from Scotcam, an engineering software solutions provider. Pat Loughrin of Scotcam quickly trained and supported Martin Aerospace’s programmers as they began using it to generate all of the company’s programs. 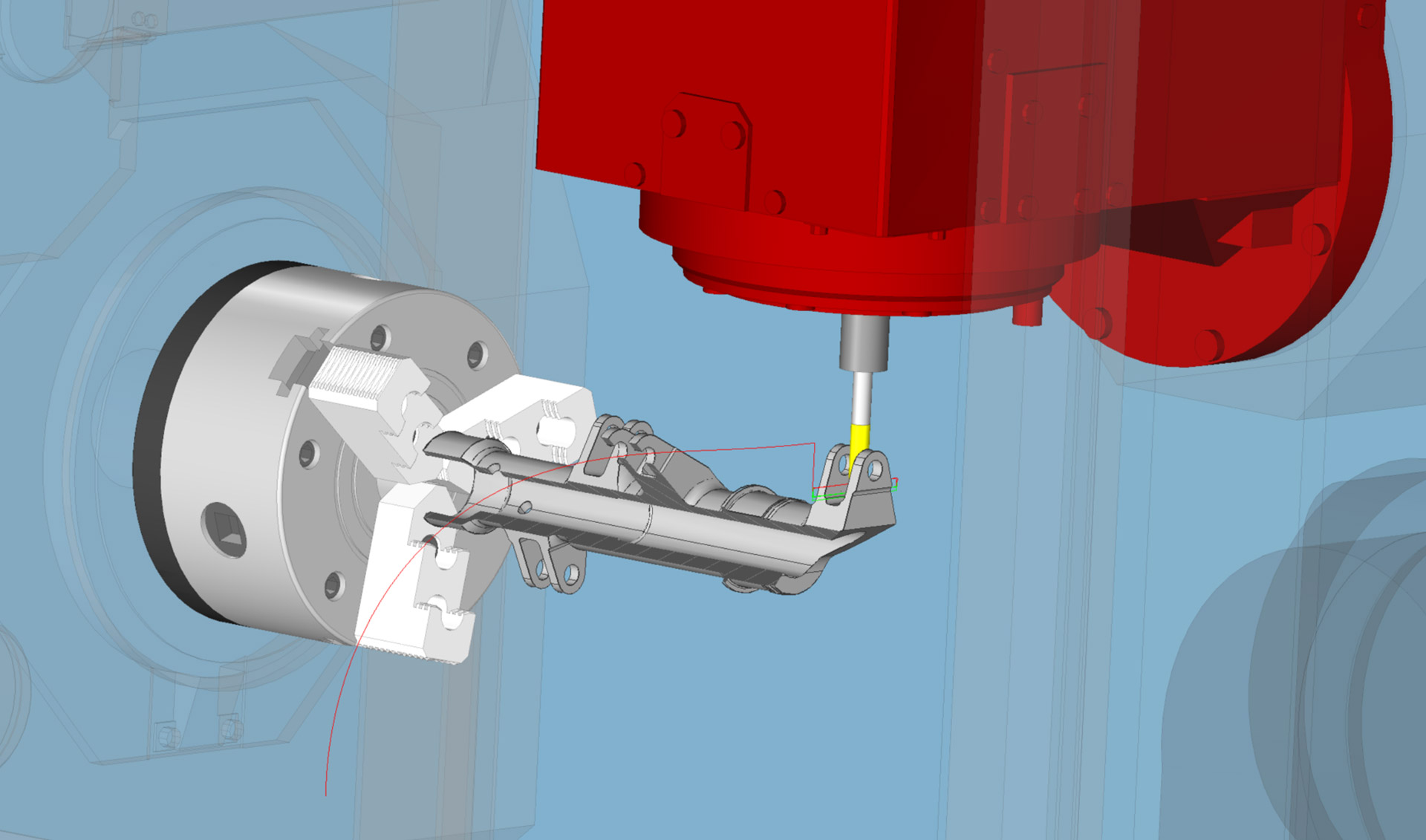 Martin Aerospace programmers now use ESPRIT to program every machine in the plant.

Martin Aerospace’s new programming processes typically begin with importing solid model geometry provided by the customer into ESPRIT. ESPRIT’s automatic feature recognition capabilities are then used in most cases to define the features in the part. The next step is applying machining operations to each feature. “ESPRIT’s KnowledgeBase is used to stored optimized machining cycles for the most common operations performed by the company,” said David Hughes, Industrial Engineer for Martin Aerospace. “If the programmer identifies a better way to machine the feature, he updates the KnowledgeBase with the new process. Standardizing on these optimized processes reduces cycle time.” Martin Aerospace programmers also use ESPRIT’s built-in machining strategies such as Profit Milling and Profit Turning which combines trochoidal tool motion and a traditional offset of the toolpath to optimize engagement angle, chip load, lateral cutter force and machine acceleration in order to further reduce cycle time.

After the programmers create the operations, they use ESPRIT to assign them to different spindles and turrets of multitasking machines, optimize their sequence, and synchronize their cycles. Next, programmers simulate the resulting machine cycles, viewing the machine, turrets, spindles, tools and workpiece in real-time operation. “The very lifelike simulation often helps us visualize a way to improve the machining process,” said Tom Morrison, Industrial Engineer for Martin Aerospace. “I may decide to change the order or move the sync points of several operations. Then I run the simulation again to see if I was able to reduce the cycle time. ESPRIT’s comparison function also makes it easy to check the part produced by the program against the customer’s specs.” 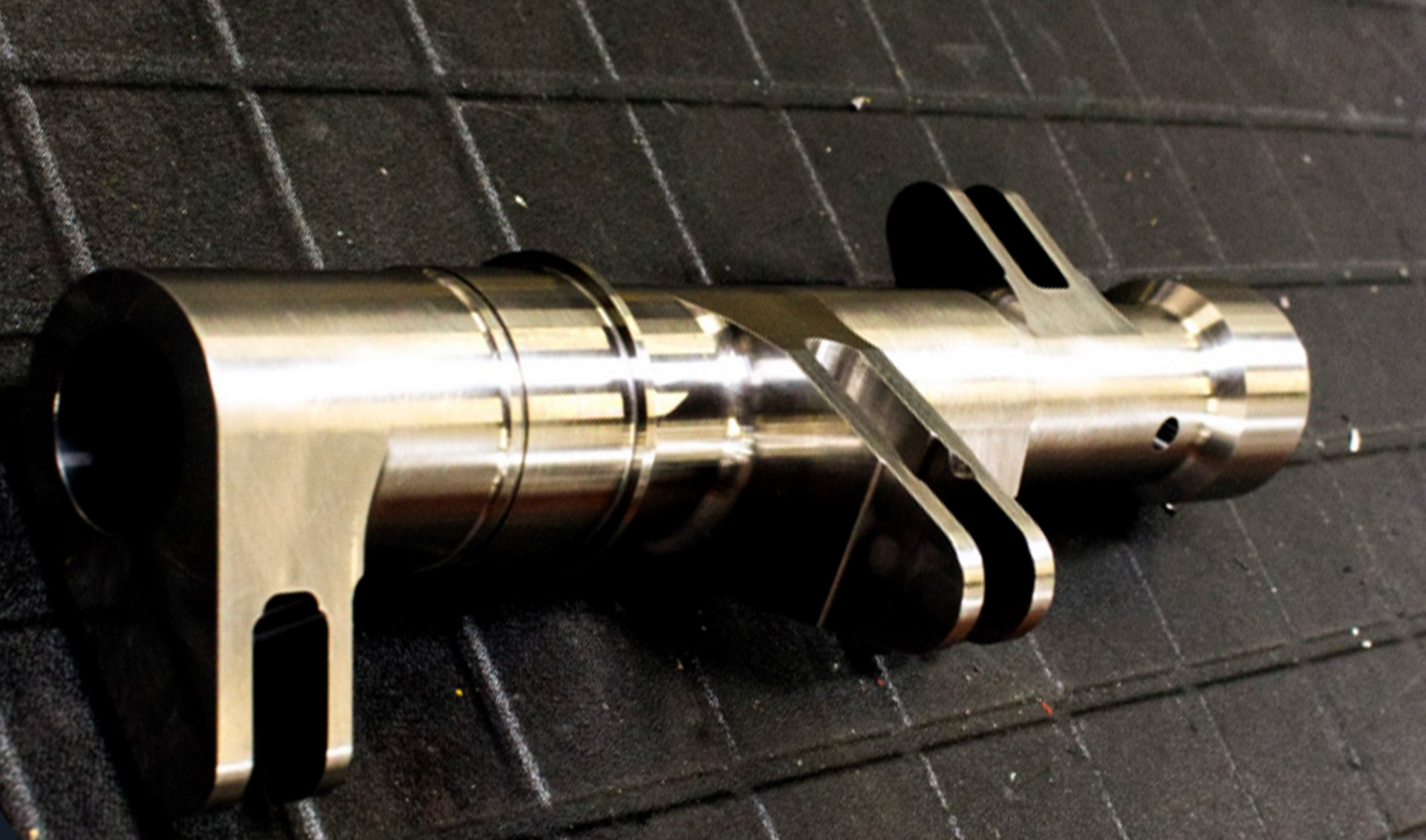 Typical part produced on the NTX 1000.

“ESPRIT has helped us reduce cycle times on the average part by over 30%, giving our programmers the tools they need to optimize our machining cycles to a higher level than was possible in the past,” said William Martin, Managing Director of Martin Aerospace. “The software’s ability to program every CNC machine in our shop has reduced our training expenses and increased programming productivity. The end result is that we are able to get more jobs done in less time which translated into higher revenues and improved customer service.”